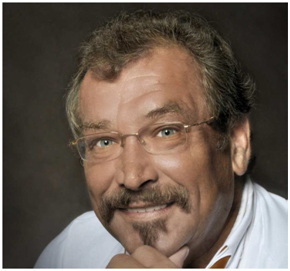 A BREWMASTER WITH 40 YEARS OF CRAFT BREWERY EXPERIENCE

Start up and enlargement counselling:

In between running a consultancy business spanning three states and lecturing at TA FE, I grow and sell hop rhizomes. I am an active member of the Institute and Guild of Brewing and Distilling, Asia Pacific section and secretary of the newly formed SAMBA, South Australian Microbrewers Association, Frequently I am called upon to judge various beer competitions, such as the Australian international Beer Awards (#2 worldwide), Royal Adelaide Beer Show, ANAWBS, SSA BSOSA and regional shows. I have recently been appointed South Australia's Ambassador for the global Beer Academy.

Attached to the Grand Hotel and housed in the glorious former Astor Theatre, the Mildura Brewery is a regional sized operation with its own brand and contract brewing facilities. I was engaged by Brian Watson to oversee the commissioning of the brewhouse and product development. I became the first Head brewer, reporting directly to the owner, Mr Don Carrazza. In my three year tenure, the brewery produced over a million litres of beer, gained national distributorship of its 4 core products and released numerous seasonal and Specialty brews, and won many international awards. I was also responsible for managing, a small casual team of production staff, all logistical, administrative and excise matters, and engaged in promotional activities.

Established in 2001 in. the gutted and refitted Middle Park Hotel, The Gunn was a CUB project aimed Al promoting draught beer and educating the emerging market in the flavours and virtues of fresh beer. I was engaged before commissioning of the plant to research and develop products, conduct all production tasks, maintain the appearance, efficiency and safety of the microbrewery, housed in a glass bubble' in the centre of the bar. I became the public face of pub-brewing for a short while in Victoria thanks to the enormous PR resources of Fosters Group.

I faced the daunting task of re-starting the defunct extract microbrewery; to immediately reproduce beers without recipes or records, and no stock on hand. Sales of the three original top-fermented ales increased dramatically due to my reformulations and quality improvements. I introduced a novel fourth product, which won Grand Champion Stout and is now widely sought after. I frequently entertained patrons with a tour of the brewing operations and the historic cellars. I was responsible for timely production, excise clearing, and tapping all of our beers, as well as efficient dispense of eight other commercial products. I regularly held beer-tasting nights, introducing people to the world's variety or brews. I was entrusted with supervising the hotel opening and closing, and maintaining beer lines.

Engaged initially as a contract Laboratory Assistant, I was involved with daily production at the Southwark Brewery for year and a half for the South Australian Brewing Co. and Lion Nathan, principally as shift quality control technician, reporting to the Laboratory Manager, Brewing Manager and Team Leaders. My work covered quality assurance from raw materials received to samples from trade, including tasting. Using recognised methods and modern equipment, l tested malts, water, wort. beers. Additives and cleaning chemicals against company specifications. I became responsible for training shift workers in routine analysis, to replace qualified analysts, amongst many other tasks and projects assigned to me. Tony Jones, phone (08) 8354 8728, Chief Brewer at SAB, will vouch for my performance and character.

At my own expense. I made an extensive study trip of the brewing countries of Europe over nine months in 1998. My aim was to experience brewing on a small commercial scale, of a capacity between 5 and 50 HL. During my travels, I participated in brewing at a dozen microbreweries in Britain, and visited more than thirty in the Czech Republic, Austria, Switzerland, Belgium and the Netherlands. In October 1998, 1 undertook the Bavarian Brewing Technology short course at Doemens in Munich, Germany. This is an intensive and thorough course, essentially a condensed 6 week course for experienced postgraduate brewers. It covered brewing materials, equipment and methods for production of European styles, such as Weizen, Doppelbock, and Pilsener. It included boots-on in-house brewing, fermentation, filtration and packaging of wheat beer conforming to Reinheitsgebot stipulations, as well as excursions to small breweries, hop merchants, mallsters and outlets. The century old Doemens brewing academy is affiliated with Siebels of Chicago.

My life's ambition is to make a significant contribution to the quality of beer in general, through my personal learning and research, inspiring and educating key individuals, stimulating the appreciation of good beer in my community, and leaving a legacy of benefits of my work for the brewers of the future. I take pride in seeing the pleasure l give people through my products and sharing my growing wisdom, and I have built a public profile and reputation for brewing consistently excellent lagers and real ales of critical acclaim, as well as a widespread respect as a dynamic brewing educator.